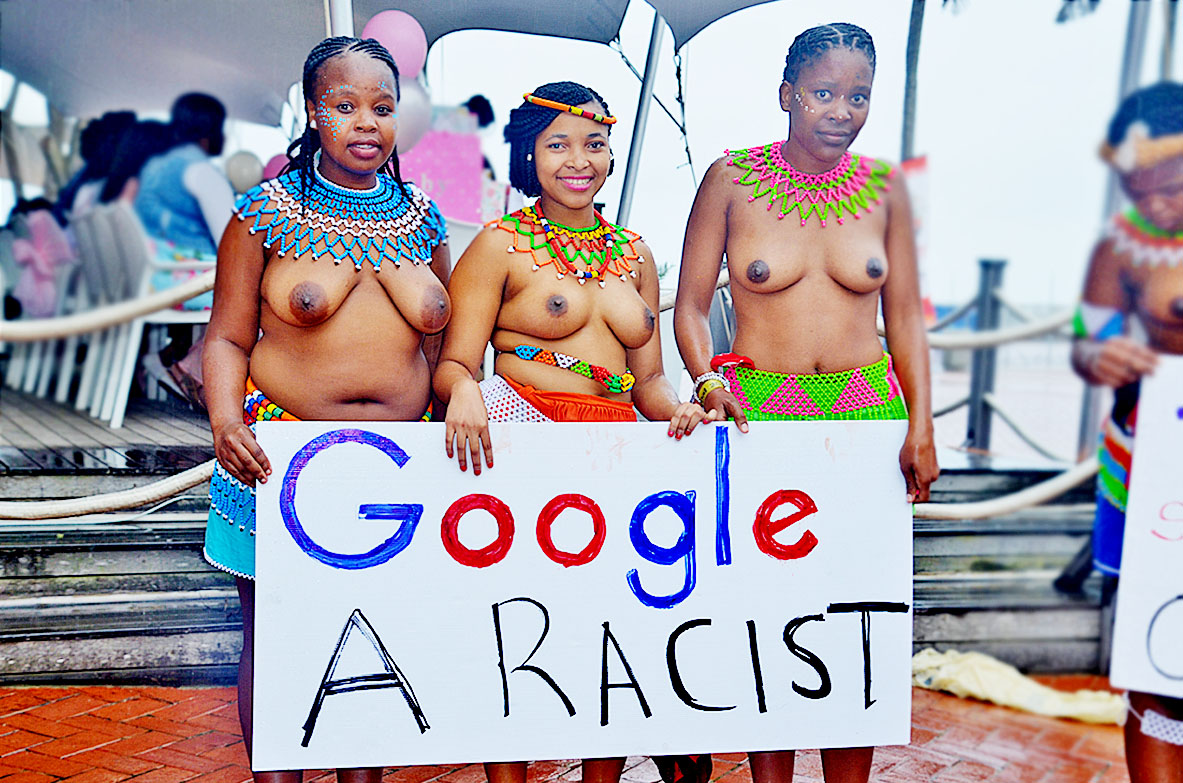 African culture in its purest form is a celebration of life; its complexities and diversity. This is most evident in our cultural practices that are the truest representation of what we are as a people. A people who pride ourselves of community living, freedom and ubuntu. As an enterprise that claims to pride itself of global diversity and inclusion your past actions on matters pertaining Africans traditions have proven to be highly contradictory. As such this is racist and oppressive as it is a manifestation of white superiority.

Let it be clear that cultural chauvinism is sickness, racism is a sickness and any traits that prove to resemble the decades of systematic oppression such as putting in policies that depict the manner in which African women should conduct themselves. This will no longer serve our people or be tolerated by them!

You claim to be Bridging the Digital Divide as making technology more accessible to people from all backgrounds and experiences. which is flawed and lies while you continue to use these platforms to detect and ruthlessly enforcing your racist policies and censorship on Africans, especially degradation of our African woman.

You bring your platforms in our land so you could use them by setting up policies, and conditions to create boundaries so that you could have lawful rights to control and discriminate against us,you are an organisation that perpetrates racism, and oppression of black people, beliefs, culture and values.

Google speaks about diversity and development but the development that you push is one that calls for Eurocentric norms and practices to be the global standard procedure. Essentially turning us Africans into inferior beings that need to continue the tradition of aspiring to be like you. The policies, terms and conditions which you have put into place stand as a bastion to disregard the true reflections of African realities. Thereby rendering us powerless from being able to rise up against you.

We, as the people and Tv Yabantu, chose to no longer be silenced by these meek and cowardly actions, and will therefore stand up against these antics till the appropriate action is taken. That amongst numerous other complaints include a response to your actions against our cultural content on Film Africa ( TV YABANTU) seeing that you have been purposefully sought out to not only humiliate but also distort any and all African content which we have produced.

Do understand that TV YABANTU is for the people and by the people. We shall continue to awaken our fellow African counterparts through the morals, values and belief systems that exist within our culture. We are tired of your western propaganda which maintains a legacy of white superiority that has continually been reproduced and repackaged since the period of slavery.

On our several attempts to resolve these issues, your little puppet Mr Fortune Sibanda ‘Fronting’ Head of Policy Africa, has presented himself as a complete failure who only stands in place as a toothless dog that has no power or voice under control of his puppet master. Not only was he able to say anything or come up with any concrete resolution that would be beneficial to African people, he decided to rather rely on your racist standard terms. The Film and Publication Board is a rogue agency that neglects what the African people are about by representing a Eurocentric agenda which constantly emphasises that the piece of paper could not be amended. A piece of paper written by you and imposed on the African people. Your puppet (Fortune Sibanda) kept on directing us to the stupid racist constitution document which does not reflect our values or the African people.

You continue to ignore us and refuse to provide us with reasons as to why you are treating African woman so unjustly and in an unfair manner, in order to provoke a reaction from us. When in the same vain you actively promote on daily basis pornographic content under the excuse that ‘sex sells’. You are using apartheid tactics and laws on our people, in order to undermine us; such as removing our videos, deleting Africa woman images in their traditional attires and placing age restriction gating, this is a illustration of your mission to censor our culture and completely rid of any African pride. Thereby devaluating African woman dignity as you honestly have a distorted belief that you are more superior than us the African people and as such find it acceptable to continue viewing our videos from a distorted western lens. A lens that has taken on the colonial notion that Africa is a continent that is a place of darkness, backwardness and barbarism.

You hide through the faceless Google offices instigating evil against our pride by suggesting that our content which is in turn our culture is inappropriate, by giving viewers an ill-informed choice. A stunt to continuously exclude Africans from benefiting from their culture and own resources.

We are not powerless and shall not conform to your usual practices and beliefs. We do not believe that you are the source of all and ultimate truth and wisdom. We as Africans will no longer live up to your expectations. No more will you call us names, create, or suggest distorted names about our lifestyle. How dare you calling our woman topless or nude?. Our woman have no names but simply beautiful African woman.

We refuse to adhere to the standards of white femininity and the white mode of what is “culturally appropriate” for us as black people especially for black woman. You deem the exposure our breasts as being of a sexual nature. When in actual fact they are, in our culture, adorned attires of our femininity. Yet again these notions are according to your western obsession of sex and the objectification of female bodies. Something which you are now deliberating imposing onto our natural culture through sexualising the images of African women celebrating their culture.

Your policies are racist and discriminatory towards black woman. You hide your racism behind policies, policies about nudity that uphold white standards. We are not going to lower ourselves to the level of whiteness by forcing our girls to convert to your Eurocentric standards. Our African woman will continue to embrace themselves.

You are not invisible, we know who you are, we know that you are the ones who sit on those desks interfering with our content and insulting our values. For every action there is consequences, you continue to steal, you psychopathic murdering thieves and hiding behind those Google doors, you steal our content and reuse it for your own selfish enrichment. While placing barriers that restrict us from benefiting from our work.

Africans are not a failed attempt to be like you. Our culture is our trade and so is your technology your trade. So stop using your racist tactics to exclude us.

Google you have failed to implement policies that accommodate our values and culture and you are deliberately instigating conflict which will only lead to war against you. Racism is a disease and your whole organisation is infected by choosing to support such ill mannered behaviour. We the public of Africa will throw Google out and hold them liable for their contribution to perpetuating White racism and white supremacists ideologies that not only undermine our values and culture but are also an insult to our beliefs.

If you come into our land and disrespect us and expect that the laws you wrote to protect yourself will work.? think again no more. Perpetuating the system of white supremacy and racism in our land?. If no contact or resolution action from Google within 48hrs?, we the African public will no longer respect you as a company and our next action will be to come direct and remove you from your offices with immediate effect. This is not a threat but a promise.

Again we reiterate that we TV YABANTU AND OUR PEOPLE WILL CONTINUE TO PRACTICE our CULTURE WITHOUT your SAY, WE are to here to stay! 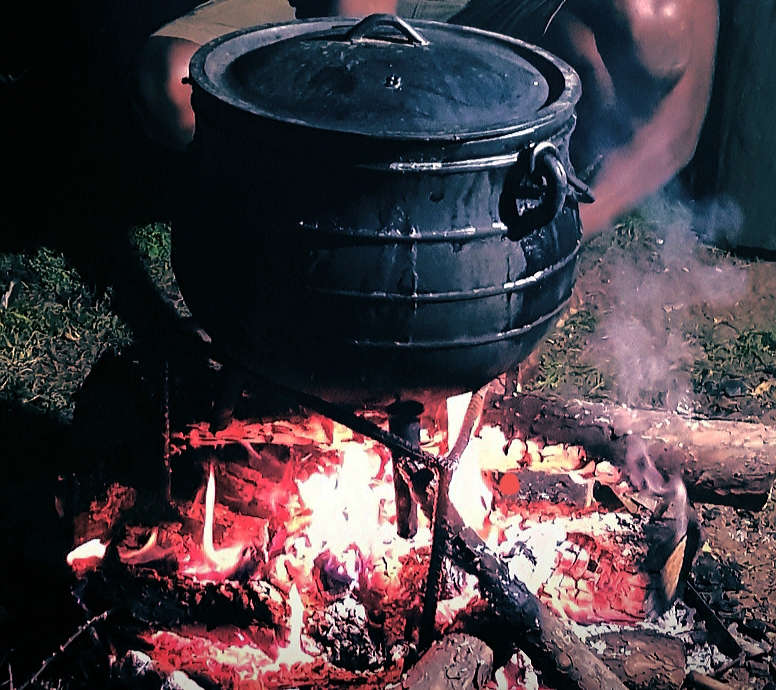